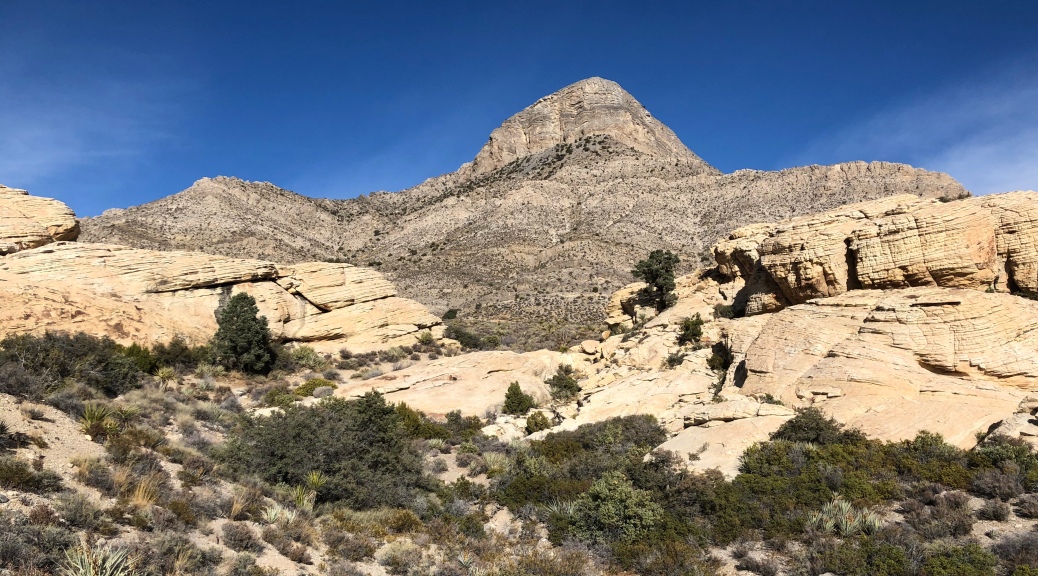 If I have said this once, I have said this a million times, well… I have said this quite often, Red Rock is one of my favorite places, for me it is almost spiritual. Anyone that comes to Vegas and doesn’t at least drive through the scenic loop is a looser. Plus the longer you are away from the tables the less of a chance that Vegas will get their hands on the rest of your money.

This is my second time to enjoy Turtlehead Peak. The first time was with my sister years ago when I couldn’t find the trail that I was wanting to show her. So what they heck lets do this one. It was hard, it was strenuous, it was long, and it was awesome, well… except for the part that the scree leaves you with one step back for every three steps forward and that gave her a hernia. So, it is probably not a beginner type of hike.

I did this hike just before Thanksgiving. A couple in their thirties said they were tired, but they conquered the top. They continued that they never want to be on this mountain again. From now on they said they will stick to moderate hikes. But most folks on the trail seem to have enjoyed it especially the views from the top in both directions.

I was pushing my pace as I knew that I was racing the sun, after getting a late start, on one of the shorter days of the year. I got to the top after getting off trail just for a bit in 1.75 hours, spent about ten minutes at the top and then 1.5 down, arriving back to the parking lot at sundown.

It was chilly coming down and my hands were cold. There was remnants of the snow from the last week‘s storm on the backside of the mountain.  When I arrived back at my car it said the temperature was 35. It certainly didn’t feel that cold, but perhaps I was super heated from the hike, that is other than my hands. But once back in town it was mid forties, since it was a low altitude.

The route starts out rather flat, but as you get closer it gets steeper until the trail is scratched out of a rocky hillside and in places the trail is difficult to follow and encompasses some rock scrambling. One saving grace is there are spray painted dots ever so often to let you know you are still on the trail.  If you go some distance and don’t see a dot then you are probably not on the trail, but it appears from the looks of things there is more than one way to get to the top.

Thanks for joining me Peak Bagging Turtlehead at Red Rock Canyon while ”Pursuing Balance Through Adventure“. Please leave a quick COMMENT, LIKE, SHARE, and don’t forget to FOLLOW. Explore the many opportunities to stretch your legs, fill your lungs with air, get that heart beating a little quicker, and achieve some of those profound ah hah moments, by following in the footsteps of PBTA’s in the above menu of places to go. Keep in mind that each of the locations is a separate website and thus needs to be FOLLOWED independently. Need clothing for hot weather, or cold? Checkout SHOP APPAREL for many of your adventure needs, it’s not only first rate merch with the PBTA Logo it also helps support this endeavor.